Junior Doctor and CPGB-ML member Ranjeet speaks about the Junior Doctors Strikes in the context of the wider attacks on the NHS, following the May Day march from Clerkenwell Green to Trafalgar Square on 1 May 2016.

The plan to cut pay of medical staff, nursing staff, and all NHS workers, has not come out of the blue, he says, but is part of an ongoing plan to gut the NHS, and introduce an insurance based system that will make enormous profits for massive Health Corporations – United Health, Serco, Circle, Virgin (now the UK’s largest GP practice, ‘holding health contracts’ on some 3 million British citizens), McKinsey, Sodexo, Bupa, and a panoply of others – at the expense of rationed and substandard care, increasingly accessible only to those who supplement a basic level of provision by private insurance – which will become prohibitively expensive as the NHS is hamstrung and run down.

It will not be long before the solitary private units, introduced like trojan horses into our NHS hospitals, have completed their take-over, and instead we find private hospitals, with a few ‘charitable’ and state wards offering limited care to the needy. And all wage-workers will be needy.

Part of privatising our hospitals is slashing pay and conditions of its workers, and this is why the government is so hell-bent on imposition of a contract that has outraged the medical profession. It is also why the Junior doctors claim to be fighting for the NHS is absolutely correct, and not exaggeration or spin. 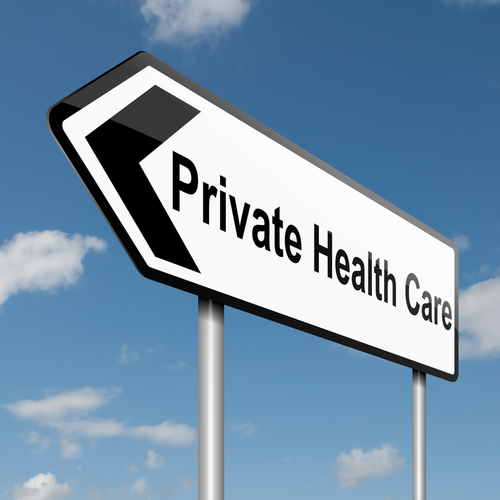 Following the most recent strike of 26 and 27 April, during which junior doctors withdrew their labour from all service for two successive days (8am-5pm), imposition has been ‘paused’ and a time limited re-negotiation is currently under way. It is to be hoped that the Junior doctors will indeed triumph in forcing meaningful compromise from the government, who have failed to demonise the junior doctors despite all their powerful state and media mechanisms for doing so. What is clear is that the drive to destroy the NHS will continue, and our struggle must become wider and broader and embrace ever wider sections of the public if we are to preserve our public health system.

Me must bear in mind that the NHS was ‘given’ to workers at a time when workers looked set to sweep away the whole rotten and corrupt, bloodthirsty and tyrannical system of world-wide capitalism, colonialism, and economic imperialism.

After WW2 British soldiers returning home said ‘never again’. They elected a social democratic labour party, but there was in fact a wide realisation among European ruling class circles that for a period, capitalism, if it wanted to survive, would have to make broad concessions to the working class and raise their standard of living. Even the most rabid reactionaries had to become ‘paternalistic’ capitalists, concerned with the welfare of their workers, in order to prove that they didn’t have to join the revolution, as they looked set to do. That is why similar provisions were made even in Franco’s Spain, for example.

This was in the context of a victorious Soviet Union that had vanquished aggressive German fascist imperialism, a wave of revolutions across eastern Europe, then China, and a massive anti-colonial movement that swept Africa, India, the Middle East and lapped the shores of the Americas.

Thus the Keynesian consensus and Marshall plan went hand in hand with ruthless crushing of the anti-facist and largely communist guerrillas and forces in Greece, France and Italy, the ‘low intensity operations’ (anti-colonial wars) waged in Malaya and Kenya, the Korean war, leading to Vietnam and the whole anti-communist propaganda push within the working class movement.

Thanks to the treachery of the Khrushchevite revisionists and the collapse of the USSR and the deep nadir into which the socialist movement and anti-capitalist resistance has fallen, we find ourselves back at the beginning, and all the social gains that the Labour party assured us were here for good, are being taken away.

Sure enough, the Labour party are complicit in the process of impoverishing our generation, claiming feebly that they’re doing their best for us and that the tories simply are ‘ideologically’ hell bent on imposing austerity. But the truth is that while capitalism lasts, no one – not even a saint, or indeed Karl Marx –  can prevent us from being plunged into poverty, misery and war. 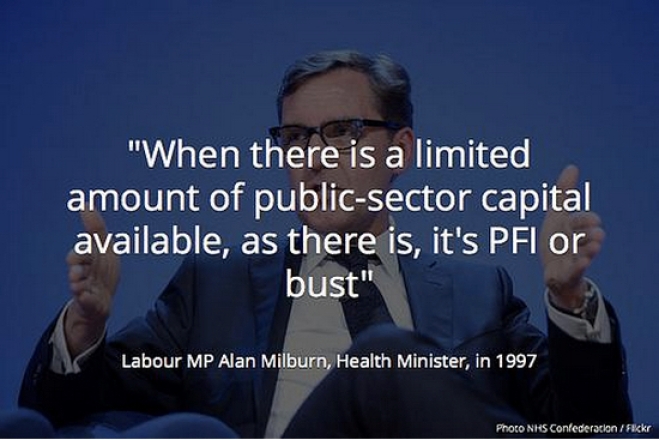 Having helped to push through the ruinous PFI schemes in office, Alan Milburn, former Labour MP and Health Minister, now works full time for the massive health corporations, receiving huge incomes as ‘directorships’. This, of course, is not corruption. Oh no. This is how ‘democracy and freedom’ work – for the rich, ensuring exclusion of the poor. An enormous number of serving MPs and Peers have direct pecuniary interests in privatising the NHS – while continuing to receive VIP treatment at no cost to themselves at St Thomas’, Hammersmith (where Tony Blair famously went for his cardiac treatment) and a variety of top flight NHS establishments.

The capitalists are in profound economic crisis, with ever greater concentration of wealth in a tiny number of hands at one pole, and pushing vast swathes (well over 60 percent of the worlds population) into abject poverty at the other. While capitalism lasts, only war and destruction can find a ‘way out’. For workers, this is simply not an option.

But these are the real economic forces that are pushing to open every avenue – including the 130 billion pounds spent on the NHS – for the rapacious greed of the billionaire corporations.

We must fight to defend the NHS, which has done so much to raise the living standard of working people, but we must realise the scale of the problem we are fighting. Under capitalism, our victories can only be partial and temporary, and come at the expense of the workers living in the oppressed ‘third world’. 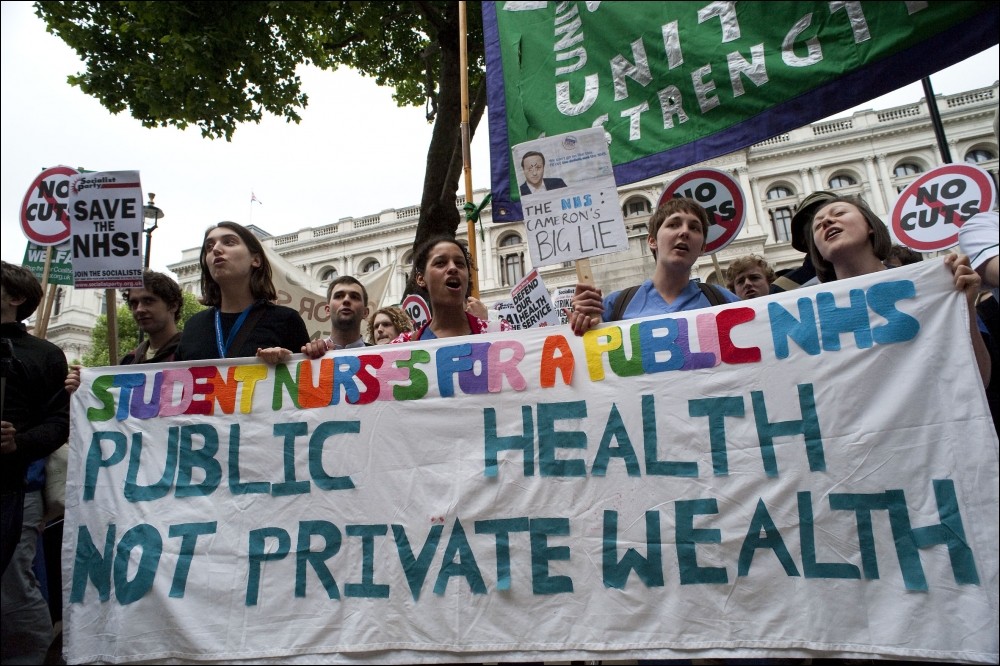 In the long term, if we want a decent life for working people, we will have to fight to overturn this rotten capitalist system, and put working people – who make all wealth through our labour – in control of how that wealth is spent, and how society builds structures to take care of the needs of the vast majority of the population – the working people.