Clearly upset by the strengthening alliance of Russia and China, Iain Duncan Smith has taken to the pages of the Telegraph to lament the emergence of what he calls a “new axis of totalitarian states” supposedly posing a dire threat to the civilised world of the democratic west. END_OF_DOCUMENT_TOKEN_TO_BE_REPLACED 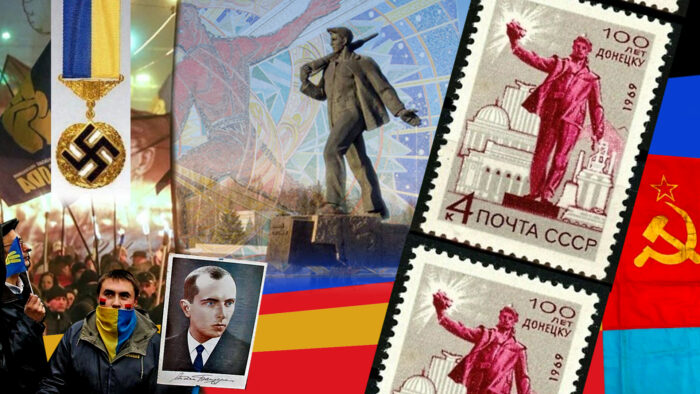 A strange little online journal that calls itself ‘The Conversation’ with an intentionally mis-leading sub heading reading ‘Academic rigour, journalistic flair’ has weighed into the struggle of Western imperialism to demonise Russia, which is ultimately aimed at getting the massed populations of Britain, Europe and the USA to support any military adventurism that the leadership of said UK, EU and USA decide to partake in.

In a heavily flawed and outrageously dishonest article (Famine, subjugation, and nuclear fallout: How Soviet experience helped sow resentment among Ukrainians toward Russia) published on 27th January, 2022 by two American academics (Jacob Lassin and Emily Channell-Justice) posted in two US universities, one linked with payments from various reactionary organisations and bourgeois education while the other is linked to a Ukrainian nationalist organisation, the stall is set out to convince their readers of the nastiness of all things Soviet and Russian, and the innocence and victimhood of all those associated with contemporary Ukrainian nationalism.  END_OF_DOCUMENT_TOKEN_TO_BE_REPLACED

Having set all the alarm bells ringing about a supposedly imminent Russian invasion of Ukraine, US war propagandists are now finding it increasingly difficult to justify their earlier scare mongering. According to the Telegraph, Joe Biden has hired a team of meteorologists “to help predict when Vladimir Putin will make his move”, blaming the unseasonably clement weather for the “delay” in mounting the (non-existent)  invasion. By this reckoning, the only thing stopping a Russian onslaught is too little ice and too much mud. With equal justification Biden might hire a team of astrologers to warn him when this (fictitious) onslaught might take place.

END_OF_DOCUMENT_TOKEN_TO_BE_REPLACED

Robert Tombs is a professor emeritus of history at the university of Cambridge and a contributor to mainstream newspapers such as The Telegraph, The Spectator and The Times. He is without doubt a high profile bourgeois historian and has therefore built a career on being an expert at repackaging bourgeois propaganda. His most recent article is no exception, published by The Telegraph on the 31st of December 2021, titled “Like in 1914 or 1939, we may be sleepwalking towards a global war that nothing can stop”.

Before we begin it’s worth noting that the subtitle “there are lessons from previous conflicts that could prevent another from starting” contradicts the title’s thesis that there is nothing that can stop the global war we are sleepwalking towards. The truth is Prof. Tombs does not intend to provide such lessons that might help avert the global war because his career is based upon doing the exact opposite, that is, helping us “sleepwalk” towards it. END_OF_DOCUMENT_TOKEN_TO_BE_REPLACED

The belated decision by the Russian Supreme Court to shut down the self-syled “human rights” organization Memorial International will be greeted with relief by all those who draw inspiration from the revolutionary achievements of the Soviet Union and resist attempts to distort the historical record and rob the working class of its own revolutionary history. END_OF_DOCUMENT_TOKEN_TO_BE_REPLACED

In its recent piece titled “The West’s allies are falling like dominoes”, The Telegraph tells us that our biggest threats today are Russia and China. Apparently, the greatest concerns of the head of MI6, Richard Moore, are “Beijing’s large-scale espionage activities in the UK,” its “pernicious influence”, and its “’debt and data traps’, as these “consolidate Chinese influence across the globe.” It also tells us that, according to Sir Nick Carter, the retiring head of Britain’s Armed Forces, Russia “was the most acute threat to our country”. And now Carter’s rhetoric is being echoed by the new head, Admiral Sir Tony Radikin. So, who should we believe is the most acute threat to the average British worker in terms of espionage and physical danger? END_OF_DOCUMENT_TOKEN_TO_BE_REPLACED 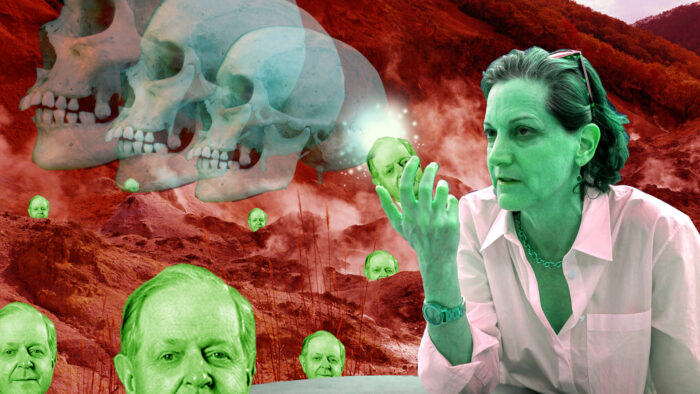 The “Holodomor” is still being pushed by a collection of Anglo nations and Ukrainian ultra-nationalists and fascists. The origin of this legend stems from a famine which occurred in Ukraine and parts of Russia in 1932.

Why the Soviet government would starve parts of Russia, Belarus and Eastern Ukraine to “suppress Ukrainian nationalism” was never explained by the adherents of these lies.

When it was originally pushed back in the 1930s it was done so by Nazi sympathisers like William Randolph Hearst who commanded the formidable ‘Hearst Press’ renowned for it’s “yellow journalism” (or “fake news”).

The Hearst Press faked photos and pretended their journalists had spent a year in Ukraine during that period.

In reality the journalist they sent went for two weeks and never left the Moscow area.

In Douglas Tottles book, Fraud, Famine and Fascism he examined the numerous faked photographs that were first through the Hearst Press and their organs then again in the 1980s alongside Robert Conquest’s  book Harvest of Sorrow. END_OF_DOCUMENT_TOKEN_TO_BE_REPLACED

With a new instalment of the 007 franchise having finally been released after a lengthy covid imposed delay, the fictional spy character became the subject of headlines when it was announced that actor Daniel Craig would be stepping down from the role.

As fans agonised over whether the so called ‘woke’ trend in popular culture would result in the character being recast with a female or black actor in the role, a host of journalists were spurred to pen their own personal affirmations of affection for writer Ian Fleming’s suave, unflappable MI6 agent.

One such article, published in the Times on the 13th November and titled ‘How James Bond beat the Soviet Union’, loosely reviews a recent book by Fleming’s nephew James Fleming, Bond behind the Iron Curtain, which hones in on the role perceived to have been played by the 007 films and books in the ‘culture war’ between the imperialist and socialist camps during the cold war. END_OF_DOCUMENT_TOKEN_TO_BE_REPLACED

We are at present being subjected to what can only be described as a campaign of intense anti-Russia activity and propaganda by the British government. War rhetoric is escalating at a frightening pace. On instruction from its US master Britain has announced the deployment of some 600 troops to the Ukraine-Russian border using the narrative of a likely imminent invasion of Ukraine by Russian forces.

Further north, British troops have joined the 15,000 Polish troops stationed along the Poland-Belarus border, where they are stopping refugees from crossing into Poland. NATO allies claim Belarus is trafficking in refugees and giving them access to Europe via the Polish border. This coordinated manoeuvring around Russia by NATO allies follows the provocation by Britain earlier in the year when it sent a British warship into Russian territorial waters in the Black Sea. END_OF_DOCUMENT_TOKEN_TO_BE_REPLACED

An exhibition of art in the Berlin Gropius Bau Museum has led to two reviews in the Western media. One in the New York Times (NYT) and the other in the Forbes Magazine (FM). The exhibition is based on the theme ‘cool and cold’ and includes artworks from the cold war period both western and Soviet. We are sure that the reader has already worked out where the organisers are going with this, Western art = cool and Soviet art = cold.

The narrative of the exhibition is fairly easy to read as is that of the two reviews; that Western artforms are bold and colourful, inspiring and challenging while drab and dreary Soviet art in the officially dictated style of Socialist realism has nothing to say because the artists were not free to express themselves, at least not until the latter days of the Soviet Union when brave underground artists dared to paint in the Western styles of Pop art, abstract expressionism, etc! END_OF_DOCUMENT_TOKEN_TO_BE_REPLACED