She outlines the history of the last 15 years of struggle in Venezuela, who’s basic meaning has been to use the vast wealth of Venezuela to improve the lives of the Venezuelan people. 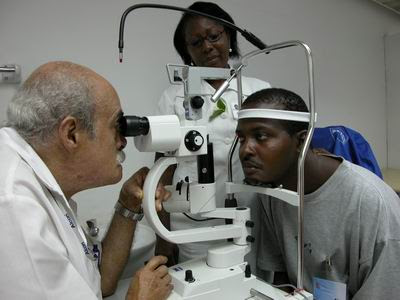 This is precisely why the progressive Venezuelan government has fallen foul of US imperialism, who’s former president James Monroe openly declared his doctrine that European powers had no business in the Americas – for they were now the colonial possession of the USA. For almost 200 years this ‘principle’ has guided US policy, being re-asserted by the entire US establishment, including presidents Ulysses S. Grant, Theodore Roosevelt, John F. Kennedy, and Ronald Reagan.

Interestingly, Kerry mouthed a formal renunciation of the Monroe doctrine at the OAS in 2013, but it is absolutely clear from his speech, and from the ongoing actions of the US, throughout the Americas, that this was just a piece of ‘soft power’ window dressing, and that the USA has not changed its desire to enforce its status as regional (and indeed world) hegemon.

As proof of this we need look no further than Venezuela, which is being subject to a relentless series of attacks designed to destabilise the progressive government.

These economic attacks include, inter alia, hoarding of consumer goods to cause shortages and price rises; criminal racketeering to buy up subsidised goods and export them for sale in neighbouring countries (particularly Columbia); paramilitary incursions (particularly from Columbia) into Venezuelan territory; and a program of US led and enforced sanctions upon the progressive leadership of Venezuela, that may well escalate into a full US economic embargo (Blockade) of Venezuela.

All this comes at a time when falling oil prices – also due to US manipulation of oil producing nations, encouraging overproduction and low prices – are also hitting Venezuela’s income hard.

A good article on the question can be read here: http://www.globalresearch.ca/mystery-behind-dropping-oil-prices-solved-concerted-market-manipulation/5430117

“Who’s surprised? Various stories had been invented by media houses across the Western world in an attempt to explain why oil prices have conveniently fallen, just in time to pressure Russia, Venezuela and Iran, and all while covert political subversion, attempts to sell all-out-war and other measures have completely failed to assert US interests around the world. The obvious answer was market manipulation, an answer US and other Western news sources refused to admit … that is until now.

“The New York Times in their article, “Saudi Oil Is Seen as Lever to Pry Russian Support From Syria’s Assad,” finally admits, “Saudi Arabia has been trying to pressure President Vladimir V. Putin of Russia to abandon his support for President Bashar al-Assad of Syria, using its dominance of the global oil markets at a time when the Russian government is reeling from the effects of plummeting oil prices. “

“The reality is that global oil prices are being manipulated at the behest of the US not only to overthrow the government of Syria or pressure Iran, but to strike at Russia itself.

All of these measures are being ramped up in the approach to Venezuela’s parliamentary elections being held on 6th December 2015, and are designed to send a brutally frank message to the Venezuelan people: come to heel, accept our economic dominance, and allow us to plunder your natural resources, or we will not let you enjoy the fruits of an egalitarian society in peace. 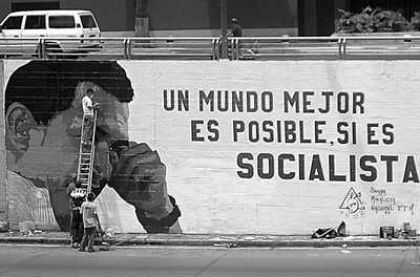 The Venezuelan government led by President Maduro and the PSV are taking determined measures to counter the US attacks, and are confident they will secure victory and the breathing space to improve the lives of their people still further.

Helena points to many of the institutions founded by Chavez, such as the Bolivarian Bank, Petrocaribe and ALBA which have a stabilising regional influence and that remain his egalitarian legacy, making Latin America very different place today.

However while a wealth compradore elite continues to act in concert with the US, as the ‘enemy within’ Venezuela, the entire model of the Bolivarian revolution bears within itself the seeds of possible defeat.

We wish the Venezuelan people well in securing a path to securing and consolidating the people’s ownership of all their sources of natural and industrial wealth. Ultimately this will mean the working class securing power on a definite and permanent basis, and seizing all means of production, distribution and exchange from the bourgeoisie, following the Cuban and Soviet model.

Excellent speeches were also given by Jorge Luis Garcia, Councillor of the Cuban Embassy and Hyon Hak Bong, the DPR Korean ambassador to the UK. Follow the links below to see their speeches.

Each of these countries, stands on the front line of the anti-imperialist struggle, and delivers a message of solidarity from their anti-imperialist, progressive and socialist movements, peoples and governments.

British workers have much to learn from the workers of these countries about how to build and maintain a movement for social emancipation.