Harpal Brar, National organiser of the IWA (GB), and chairman of the CPGB-ML gives a landmark speech reflecting on the history of the IWA (GB). The organisation was able, in its time, to organise demonstrations of tens and hundreds of thousands of workers, and regularly held meetings of 4-5,00 members and supporters, throughout the country.

The IWA was a vibrant organisation because its program was correct, says Harpal. (1.45)

Indian workers, like other immigrant populations, were driven from their homes by the economic poverty (and in many cases the political chaos and violence – as with Syria, Libya, Iraq, Afghanistan), created by the stranglehold of monopoly capitalist domination of their economic and political life at home. (2.42) 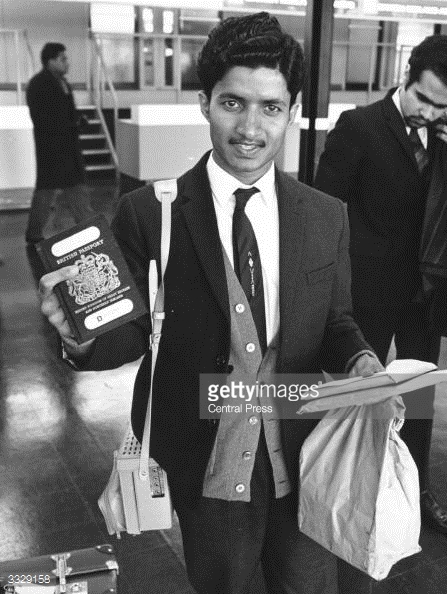 The IWA (GB), therefore was from its inception an anti-imperialist organisation, giving solidarity and support to all other anti-imperialist movements, including the Irish Republican movement, the South African and Zimbabwean Anti-Apartheid struggles, the struggle of the Korean and Vietnamese against US and UN imperialism, the Palestinian and Arab peoples against zionism and colonialism, as well as the wider the anti-war movement and the struggle against occupation of the people of Yugoslavia, Afghanistan, Iraq, Syria, Libya and the Ukraine. (3.14)

On arrival in Britain, Indian workers, like other black immigrants to Britain faced racism in the street, in employment, in institutions and in the state, which had been built up in the population and political system by 400 years of colonialism (longer in the case of Ireland). The IWA mobilised not only Indians and the Black community, but also wider sections of the white British working class in the fight against racism. This was its great strength. (4.07)

Guided by the IWA, the indian community took a stand against black separatism and took its stand on the communality of interests of the working class. (4.30) We mobilised to prevent the National Front from holding an ‘Election Rally’ in Southall in 1979, where the police defended the racists, beat hundreds of demonstrators, and murdered the anti-racist campaigner, a teacher from New Zealand, Blair Peach. 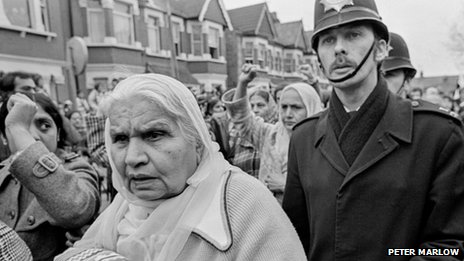 British Indians, the people of Southall, and progressive workers, continue to honour his memory. (5.14) As recently as 1993, The IWA chaired an anti-racist march of 100,000 in Welling, to oppose the presence of the BNP Bookshop that was a central organising point for racist gangs who were conducting a series of racially aggravated assaults and racist murders in the area – including those of rolan Adams, Rohit Duggal and Stephen Lawrence. (5.37)

The Welling demonstration – a massive show of anti-racist sentiment on the part of progressive British workers – was met with fascistic policing and planned aggression and brutality by the police, who again, as they had in Southall in 1979, protected the racists, and attempted to beat the anti-racist protestors off the street. 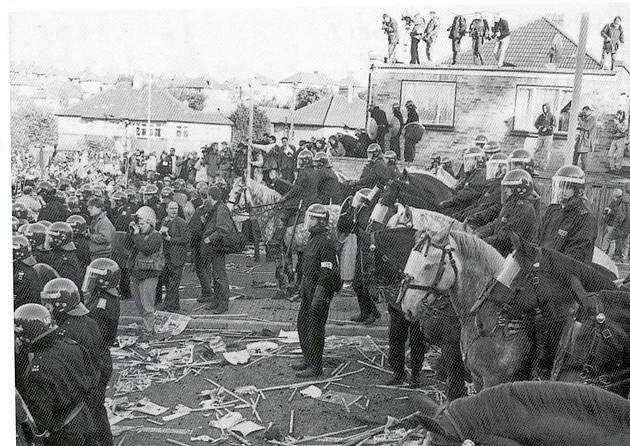 Last, the IWA (GB) recognised that Indians in Britain were first and foremost workers, and played their part in the general trades union struggles,and for the rights of workers, with such honourable examples as the Grunwick strikers, the Timex strikers and the Hillingdon Hospital workers.

Indian workers, under the guidance of the IWA took their place in the picket lines and refused to act as ‘scabs’ against their fellow workers in struggle. (9.10) 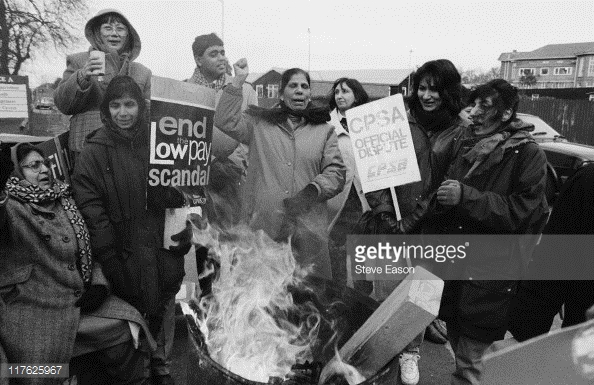 During the great miners strike of 1984-5 it was our honour to mobilise in support of the Striking miners, to raise money, collect clothes for their families, and toys for their children at christmas. (10.46)

The IWA held meetings at which miners leaders spoke up and down the country, fed visiting detachments of miners and marched with them on demonstrations. This real demonstration of class solidarity and support did more to educate the working class of both communities than 1000 lectures on the importance of anti-racism. (11.24)

Looking to the future, Harpal says, we must take the struggle to another level. (12.17) We live in Britain and must play our role in the British working class struggle and political movement. (12.56)

Whilst the British people have undoubtedly become more integrated and accepting, British capitalism in crisis is constantly stoking the fires of racism and anti-immigrant sentiment, in order to distract workers from the anti-capitalist struggle, and make sure they do not place the demands for socialism – workers control over the economy – firmly on the agenda as the answer to our problems. This is the meaning of Cameron’s dehumanising speech, carried far and wide by our press, about “swarms” of immigrants flooding the country. (16.18)

It is not enough to hope that the election of a left leader – such as Jeremy Corbyn – will transform the Labour party into a party of the working class, and such a party will solve all our problems for us. (20.34)

History has shown that despite all its flaws, capitalism will not go without being pushed by the organised working class. The labour party cannot change its nature as a party of imperialism, and workers will have to learn this lesson.

(21.00) It is time for British workers of all communities to play their role in the wider working class struggle, to build a truly revolutionary alternative that is capable of putting working people in control of their destinies, and I suggest to you that the CPGB-ML has the makings of such an organisation. (22.02)

Please support our work, donate money for our printing and activity, but most of all, please join the party and help us to build active branches in your local communities. Harpal’s speech was warmly received and we invite all our viewers to join us in this struggle to build a decent future for workers in Britain and the wider world.