The panel spoke fantastically, truly appreciating Robeson’s struggle and aims, a man who dedicated his life to standing against oppression and racism in all forms. ‘Stand up’ was certainly the message of the evening; stand up for your beliefs, stand up against prejudice, stand up against all odds. 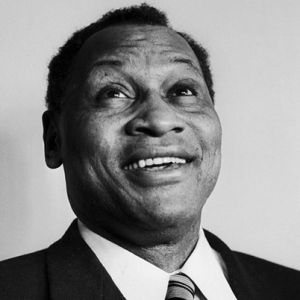 Robeson could have claimed a career as an athlete, gaining a scholarship to Rutgers based on his prowess in football, later playing in the NFL. He graduated with a degree in law but, realising that as a negro in the USA he would never be allowed to excel as a lawyer, he pursued a successful career in acting and singing which he was, and is still, widely celebrated for. While he made a great success as an artist, acting and singing in films, plays, and concerts, his life was made much harder as he refused to put aside his politics, determined to stand by his views as a communist.

He spent a significant amount of time in Britain and was primarily remembered by the people for prolifically singing at fundraisers for working-class communities and organisations. While Robeson spent a large portion of his life in Britain and the Soviet Union (where he decided his son should be brought up) he still felt a strong connection to America, returning there to agitate against the rise of fascim in Europe and to speak out against the oppression of black and working-class Americans.

This excellent video, made by red youth outlines the reasons we have long celebrated his life, work and inspirational stand:

For his refusal to distance himself from communism he found himself embroiled in the McCarthy witchhunts, and for the crime of being a proud, eloquent, and knowledgable black man he found his passport confiscated and his earnings dropped by 96%. Unrepentant, although in lesser health, upon gaining his passport back he continued speaking and singing internationally, never wavering from the truth that a better world was possible, and that it was one that he had seen in the Soviet Union.

As all members of the panel that evening seemed to agree, nothing does Paul Robeson justice like the man’s own voice. It was certainly a privilege to hear Tayo Aluko performing exerpts from his play Call Mr Robeson, a medley of Robeson’s life and art gloriously reproduced in his own voice.

Below is a brief presentation on Robeson, drawing out the way Robeson’s experience led him to Communism. It was Robeson’s profound anti-fascist and anti-imperialist feeling, and his belief in the possibility of building a world without exploitation and oppression, that led him to become a committed Communist.

Ranjeet outlines the remarkable parallels between his own life and that of Soviet Leader Joseph Stalin. So great was Robeson’s love and resepect for Soviet Socialism that he sent his own son – Paul Robeson Junior – to the Soviet Union to enrol in a school there.

Speaking of his experience in Soviet Russia, in 1934 Robeson said: “Here I am not a Negro but a human being for the first time in my life .. I walk in full human dignity.”

Reproduced below is Robeson’s eulogy to Stalin, written on Stalin’s death in 1953, titled “To You Beloved Comrade”

There is no richer store of human experience than the folk tales, folk poems and songs of a people. In many, the heroes are always fully recognizable humans—only larger and more embracing in dimension. So it is with the Russian, Chinese. and the African folk-lore.

In 1937, a highly expectant audience of Moscow citizens—workers, artists, youth, farmers from surrounding towns—crowded the Bolshoy Theater. They awaited a performance by the Uzbek National Theater, headed by the highly gifted Tamara Khanum. The orchestra was a large one with instruments ancient and modern. How exciting would be the blending of the music of the rich culture of Moussorgsky, Tchaikovsky, Prokofiev, Shostakovich, Khrennikov, Gliere—with that of the beautiful music of the Uzbeks, stemming from an old and proud civilization.

Suddenly everyone stood—began to applaud—to cheer—and to smile. The children waved.

In a box to the right—smiling and applauding the audience—as well as the artists on the stage—stood the great Stalin.

I remember the tears began to quietly flow and I too smiled and waved. Here was clearly a man who seemed to embrace all. So kindly—I can never forget that warm feeling of kindliness and also a feeling of sureness. Here was one who was wise and good—the world and especially the socialist world was fortunate indeed to have his daily guidance. I lifted high my son Paul to wave to this world leader, and his leader. For Paul, Jr. had entered school in Moscow, in the land of the Soviets.

The wonderful performance began, unfolding new delights at every turn—ensemble and individual, vocal and orchestral, classic and folk-dancing of amazing originality. Could it be possible that a few years before in 1900—in 1915—these people had been semi-serfs—their cultural expression forbidden, their rich heritage almost lost under tsarist oppression’s heel?

So here one witnessed in the field of the arts—a culture national in form, socialist in content. Here was a people quite comparable to some of the tribal folk of Asia—quite comparable to the proud Yoruba or Basuto of West and East Africa, but now their lives flowering anew within the socialist way of life twenty years matured under the guidance of Lenin and Stalin. And in this whole area of development of national minorities—of their relation to the Great Russians—Stalin had played and was playing a most decisive role.

I was later to travel—to see with my own eyes what could happen to so-called backward peoples. In the West (in England, in Belgium, France, Portugal, Holland)—the Africans, the Indians (East and West), many of the Asian peoples were considered so backward that centuries, perhaps, would have to pass before these so-called ’colonials’ could become a part of modern society.

But in the Soviet Union, Yakuts, Nenetses, Kirgiz, Tadzhiks—had respect and were helped to advance with unbelievable rapidity in this socialist land. No empty promises, such as colored folk continuously hear in the United States, but deeds. For example, the transforming of the desert in Uzbekistan into blooming acres of cotton. And an old friend of mine, Mr. Golden, trained under Carver at Tuskegee, played a prominent role in cotton production. In 1949, I saw his daughter, now grown and in the university—a proud Soviet citizen.

Today in Korea—in Southeast Asia—in Latin America and the West Indies, in the Middle East—in Africa, one sees tens of millions of long oppressed colonial peoples surging toward freedom. What courage—what sacrifice—what determination never to rest until victory!

And arrayed against them, the combined powers of the so-called Free West, headed by the greedy, profit-hungry, war-minded industrialists and financial barons of our America. The illusion of an “American Century” blinds them for the immediate present to the clear fact that civilization has passed them by—that we now live in a people’s century—that the star shines brightly in the East of Europe and of the world. Colonial peoples today look to the Soviet Socialist Republics. They see how under the great Stalin millions like themselves have found a new life. They see that aided and guided by the example of the Soviet Union, led by their Mao Tse-tung, a new China adds its mighty power to the true and expanding socialist way of life. They see formerly semi-colonial Eastern European nations building new People’s Democracies, based upon the people’s power with the people shaping their own destinies. So much of this progress stems from the magnificent leadership, theoretical and practical, given by their friend Joseph Stalin.

They have sung—sing now and will sing his praise—in song and story. Slava – slava – slava – Stalin, Glory to Stalin. Forever will his name be honored and beloved in all lands.

In all spheres of modern life the influence of Stalin reaches wide and deep. From his last simply written but vastly discerning and comprehensive document, back through the years, his contributions to the science of our world society remain invaluable. One reverently speaks of Marx, Engels, Lenin and Stalin—the shapers of humanity’s richest present and future.

Yes, through his deep humanity, by his wise understanding, he leaves us a rich and monumental heritage. Most importantly—he has charted the direction of our present and future struggles. He has pointed the way to peace—to friendly co-existence—to the exchange of mutual scientific and cultural contributions—to the end of war and destruction. How consistently, how patiently, he labored for peace and ever increasing abundance, with what deep kindliness and wisdom. He leaves tens of millions all over the earth bowed in heart-aching grief.

But, as he well knew, the struggle continues. So, inspired by his noble example, let us lift our heads slowly but proudly high and march forward in the fight for peace—for a rich and rewarding life for all.

In the inspired words of Lewis Allan, our progressive lyricist—