The meeting, putting to bed 2013 and looking forward to the great leap we will make together in 2014, is planned to celebrate the outstanding revolutionary life and contribution of Comrade Mao Zedong, and has been planned to coincide with the 120th anniversary of his birth.

Please put the date in your diary, and mobilise friends and comrades for what we can expect to be an inspiring and informative meeting, and an enjoyable end-of-year social!

Hosted by CPGB-ML, Red Youth and “Hands off China” The establishment of the People’s Republic of China in 1949, following a protracted revolutionary struggle led by the Communist Party of China, was the second greatest event of the world proletarian revolution following the 1917 Great October Socialist Revolution, significantly shifting the global balance of forces in favour of the then existing camp of socialism and people’s democracy led by the Soviet Union of JV Stalin. The lessons of the Chinese revolution, led by Comrade Mao Zedong, an outstanding Marxist Leninist, also carry huge significance for the revolutionary struggles in all colonial, dependent, semi-colonial, semi-feudal and oppressed nations in a number of areas, including especially, but not limited to, the peasant and agrarian questions, the armed struggle and the people’s army, and the united front against imperialism. Their continued validity and applicability has been clearly demonstrated most recently with the triumphant advances of the Nepalese revolution. In nearly 60 years since the founding of the People’s Republic, the Chinese people, under the leadership of the Communist Party, and guided by the science of Marxism Leninism, and its concrete application to their specific conditions, Mao Zedong Thought, have weathered and overcome all manner of challenges and difficulties and have scored enormous achievements in rebuilding their country along socialist lines, so that what was, in 1949, one of the poorest, most backward and most wretched societies on earth, is now advancing as a great world power, increasingly in the front ranks of global economy, culture, science and technology.

In the course of this process, the lives of the Chinese people have been improved immeasurably, with hundreds of millions of people lifted out of poverty. Only the progress registered by the Soviet Union in the era of Comrade Stalin can compare with this actual, material contribution to the liberation and betterment of humanity.

The growing strength and power of China is increasingly acting as a check on the unbridled aggression and hegemonism of US imperialism. China renders significant assistance to other socialist and progressive countries and, by establishing relations of equality and mutual benefit with China’s booming economy, countries throughout Asia, Africa, Latin America and elsewhere are increasingly able to resist imperialist blackmail, safeguard their independence, develop their economies and improve their peoples’ standard of living.

Faced with this situation, US imperialism, which has only ever attempted to disguise its hostility to the People’s Republic of China for opportunist and cynical reasons, is increasingly expressing renewed open hostility to China, openly labelling the country as the biggest potential threat to US global interests in the 21st century. The US bombing of the Chinese Embassy in Belgrade during the Yugoslav War, the spy plane incident in the South China Sea, the campaigns against China’s friendly relations with countries such as Burma and Sudan, the counterrevolutionary turmoil in Tibet and the related attempts to sabotage the Beijing Olympics to be held this August are all manifestations of the unrelenting hostility of US imperialism, along with other imperialist powers, including Britain, to the People’s Republic. Congress completely condemns all manifestations of imperialist hostility towards the People’s Republic of China. We rejoice at all the achievements of the Chinese people in building a modern, strong and powerful country under the leadership of their Communist Party.

As Lenin pointed out, the struggle against imperialism would be a sham without the struggle against opportunism. In Britain, nearly all the opportunist forces in the working-class and progressive movements line up with their ‘own’ bourgeoisie, as well as with US imperialism, to a greater or lesser extent, in their hostility towards People’s China. Congress resolves that the CPGB-ML will continue and intensify our struggle against this opportunism as an integral and essential part of our revolutionary work.

Following the treachery of the Khrushchevite revisionists, the Communist Party of China took a leading role in the great international struggle against modern revisionism. Our party also traces its origins to this struggle. The treachery of modern revisionism, and, finally, the counterrevolutions in the Soviet Union and eastern Europe in 1989-1991 created complex and difficult conditions for the building of socialism in China.

In introducing elements of a market economy, the Chinese comrades have pointed out that their country is today only in the primary stage of socialism. Alongside China’s undeniable achievements, serious problems have arisen, including, but by no means limited to, wealth, income and regional disparity, corruption, grave shortcomings in public education and health care, and environmental degradation. The leadership of the Communist Party of China itself openly acknowledges these problems and their gravity.

Join us to celebrate and mark the life, work and struggle of Comrade Mao Zedong on the 120th Anniversary of his Birth

More on China and Mao:

The battle for Ideas in Socialist China:
http://www.cpgb-ml.org/index.php?secName=proletarian&subName=display&art=981&from=results

Can ‘reform’ be sustained?
http://www.lalkar.org/issues/contents/sep1999/china2.html 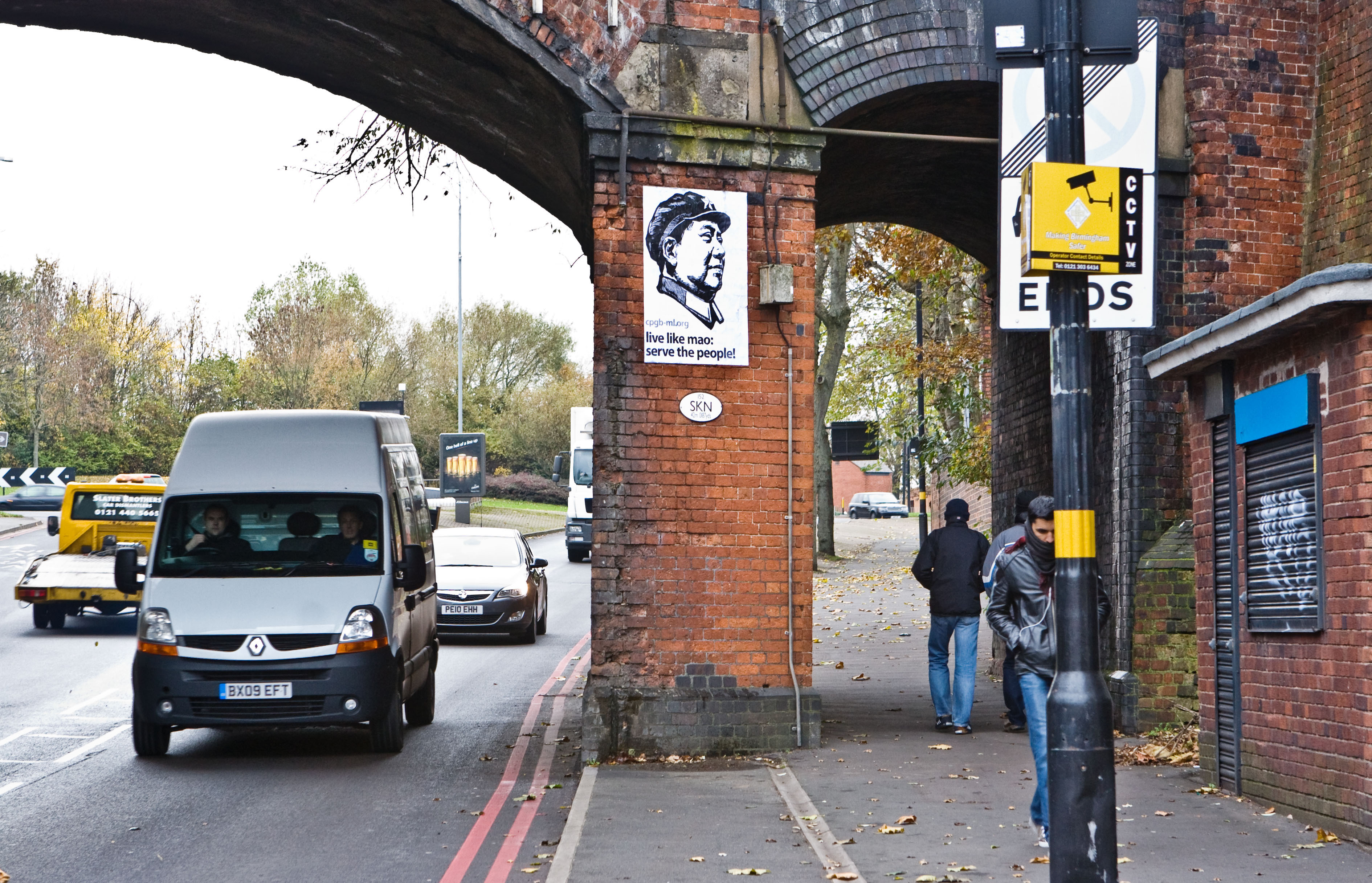