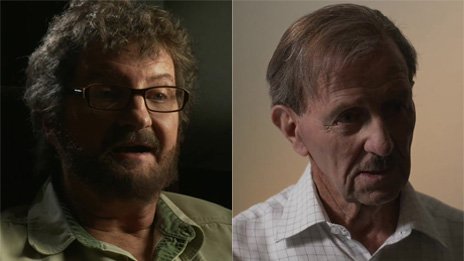 In many ways, the recent BBC Panorama was an intriguing and exciting – though occasionally concerning – insight into the practices of the British army in the north of Ireland during the years of the liberation war.

The programme described how the army of occupation formed an elite undercover unit, known as the Military Reaction Force (MRF), to penetrate republican areas of Belfast in 1971. The soldiers, hand-picked from regiments across the armed forces, were tasked with carrying out surveillance on the Irish Republican Army (IRA) and assassinating certain of its key personnel.

All official records of this unit have been destroyed, but three of its members spoke candidly to the BBC – sharing anecdotes of car chases and shoot-outs, and recalling the elaborate disguises they wore to infiltrate west Belfast.

The soldiers explained that because their mission was extremely dangerous – and if caught they would have undoubtedly faced execution – it required a relaxation of normal military rules and standards. It was ultimately ethical, they maintained, because they were targeting “merciless baby-killers” who “would not think twice about killing civilians”.

Viewers could have been forgiven for thinking these were brave, courageous soldiers acting to protect British and Irish civilians against a vicious terrorist entity.

Panorama – apparently upholding the BBC’s much-vaunted tradition of ‘impartial, quality investigative journalism’ – pierced this view for a while. The reporter had gathered evidence that the Military Reaction Force had in fact been involved in the shooting and murder of civilians, in the falsification of official reports and in a range of other illegal practices.

Some of its members used the Thompson submachine gun – a weapon associated with the IRA – to sow confusion within republican communities. Others would fire indiscriminately into crowds of young men from unmarked cars, promoting suspicion of sectarian attacks. Footage of politicians falsely denying the existence of the MRF in parliament was shown. It was all very concerning, and certainly incompatible with the supposedly democratic and law-abiding values of the British military.

Yet the programme ended with the defiant soldiers stating that they were proud of their contribution – they had saved lives in an environment of indiscriminate republican carnage, they said. The audience was skilfully instructed to conclude that whilst shocking incidents of illegal practices occurred – such as the murder of civilians – these were largely isolated incidents, and located in the context of a difficult, unconventional war.

The British state would, of course, not approve of or tolerate such behaviours – and had demonstrated this by disbanding the MRF a year later. This troubling part of British military history in Ireland was now over.

Nothing could be further from the truth.

The British army has always employed death squads throughout the territories that it has occupied. Last year, an archive of documents detailing the torture and execution of civilians in former colonies was unearthed. Officials had destroyed most documentation before the colonies in question achieved independence, but some files were flown back to London and stored away secretly. They were revealed not as an act of reconciliation or regret, but after victims launched a successful lawsuit to gain access to them.

From the systematic murder of communists in Malaya to the massacre of Land and Freedom Army fighters (dubbed ‘Mau Mau’ by the British occupiers) in Kenya, the ‘elimination of the colonial authority’s enemies’ was commonplace throughout the empire. Not only were ministers aware of unimaginable acts of brutality, including men being ‘roasted alive’, they actively sanctioned torture and murder on an industrial scale.

It is worth remembering that many of the officers commanding in northern Ireland in the 1970s had previously served in British colonies in Africa and Asia. In these territories, the local populations were regarded as inferior and uncivilised, and were oppressed using the most brutal methods. This culture of dehumanisation was continued in the streets of Belfast and Derry, and throughout the north.

Indeed, in 1970, Britain installed Brigadier Frank Kitson as its commander in the north. Kitson had previously received a Military Cross for his role in crushing the Kenyan uprising and was later awarded a Bar to it for brutally suppressing the Malayan National Liberation Army (MNLA), the military arm of the Communist Party of Malaya (CPM).

In 1971, Kitson, drawing on his colonial experiences, wrote Low Intensity Operations: Subversion, Insurgency and Peacekeeping, which became the leading counterinsurgency handbook for all imperialist armies. The methodologies outlined by Kitson included increased cooperation between civil, military and police units, the creation of inter-organisational forces, the installation of provocateurs, and an established network of surveillance within ‘deviant communities’.

These tactics translated perfectly into Ireland – a country that had historical experiences of death squads in the form of the Black and Tans, and where a relationship between the state and loyalist terror groups already existed. Whilst the Military Reaction Force only lasted a little over a year, it was seen as a prototype and was soon rebranded and relaunched to continue its terrorist activities.

In October this year, one of the most significant books on the war in Ireland, Lethal Allies: British Collusion in Ireland, revealed “indisputable evidence of security forces’ collusion with loyalist paramilitaries. It showed that members of the Royal Ulster Constabulary (RUC) police force and the Ulster Defence Regiment (UDR) of the British army were ‘part of a loyalist gang that killed more than 100 people in one small area in the 1970s’.” (‘Disturbing book on northern Ireland killings demands greater coverage’, Guardian Greenslade blog, 25 October 2013)

This triad of oppression – police, military and loyalist death squads – unleashed horror upon republican communities all over the north of Ireland: pubs were bombed; civilians were harassed, shot and killed; republican volunteers were tortured and executed. They subjected an entire population to systematic terror without any form of accountability.

One of the soldiers interviewed by Panorama claimed that “if you take religion away, they [the IRA] were just gangsters”. On the contrary; whilst the ultimate aim of the armed republican movement was furthering the cause of Irish reunification and independence (for all Irish people, regardless of religion or heritage), it was also vital in protecting the communities that the British army was terrorising.

Similarly, despite the BBC depicting the provisional IRA as ‘cold-blooded killers’ without public support, the movement was successful in reducing the number of British soldiers on the streets of Ireland, winning a range of civil rights for republican communities, and has now evolved into a powerful political force that is moving inexorably towards achieving Irish reunification.

Panorama was not only relevant on Irish matters, however. It was, despite the propagandists’ best efforts, a useful insight into the long-established practices of systematic terror that the state unleashes upon organised resistance.

As soon as the communist movement in this country is successful in persuading a significant section of workers to make the historic break from social democracy – ie, the Labour party and parliamentary democracy – and to assume a more militant and autonomous approach aimed at overthrowing British capital, we can expect the same oppressive measures to be directed against workers at home.

The documentary, Britain’s Secret Terror Force, is currently available in Britain on the BBC iPlayer.

Liverpool communists discuss Imperialism and War Why has Mother Agnes been kicked off the StW platform?
Scroll to top