We wish all our viewers, readers and subscribers a happy new year for 2016 – and invite all of our supporters to get active and involved with building Red Youth and the CPGB-ML in the coming momentous year of struggle!

To inform and reinforce your new year’s resolution, we bring you the message of  Jorge Luis Garcia, of the Cuban Embassy, delivered at the CPGB-ML’s celebration of the 98th anniversary of the Great Socialist October Revolution – held on November 7th 2015 in Saklatvala Hall, Southall.After greeting the meeting and thanking the party and British people for their support he reminded the assembled comrades that the criminal US blockade of Cuba is still in full force, and continues to have a harmful effect on the living standars and existence of he Cuban people, as it has for the past 60 years. As such it is a material threat to the revolution, and pressure ust be brought tp bear on the US to lift the blockade comprehensively, allowing Cuba to trade freely with any country or person she chooses.

Cuba has a revolutionary working class government, he reminded comrades, and as such not only follows in the footsteps of the October Revolution, but upholds its traditions and principles in the world, in deeds, as well as words. He drew attention to the overwhelming vote of the UN in November 2015 to lift the embargo, with only two countries in all the world – the US and its puppet zionist state Israel – voting against lifting the embargo.

6 Novenber 2015 also marks the 40th anniversary of the commencement of operation Carlota, when Cuban troops and experts – 500 initially, later many thousands served – travelled across the atlantic in a heroic act of internationalist solidarity, to fight side by side with the liberation forces of Angola (MPLA, led by Agostinho Neto) and Namibia (SWAPO), for the liberation of Angola, and for all Africa. 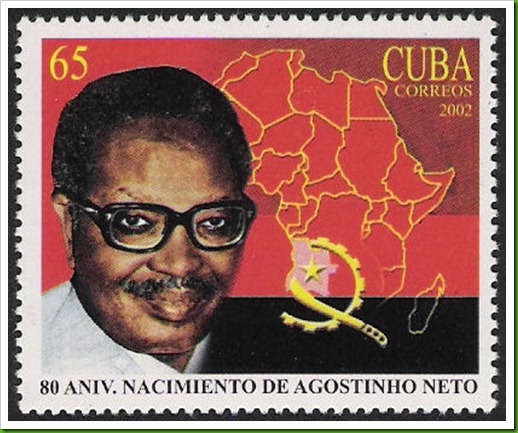 The liberation forces fought not only the Portugese colonialists, but their cold war, racist colonial supporters – principally the South African Africaans apartheid regime, and the CIA organised and backed reactionary militias. China, we should note, also backed the reactionary UNITA forces, such was the sad state of the split in the Socialist camp, brought about by the Khruschevite revisionists and the enmity fostered between the Revisionist leadership of the once great and glorious CPSU and the Communist party of China.

This was a glorious episode in the history of our movement when Cuba truly held aloft the banner of the october revolution.

Cde Garcia ended by demanding the ejection of the US military and torture camps from Cuban soil, the closure of Guantanamo and its return to the Cuban people!