Red Youth spent the day meeting with communist youth and representatives of national liberation movements from around the world at the Youth Expo in Sochi, Russia.

We received a warm welcome from many parties, and had a productive day exchanging details and discussing the challenges faced in our respective countries in building Marxist-Leninist organisations to fight imperialism.

The festival is proving a great place to forge links and exchange ideas with like-minded revolutionaries, anti-imperialists, and progressives of all countries.

We found that the CPGB-ML and Red Youth are increasingly recognised by participating comrades, many of whom are familiar with our work and follow our online platforms to get out views and analysis of world events, and to see what’s happening in Britain.

Our stall (pictured) was visited by many comrades and we were able to distribute and exchange much of our literature.

In fact, we ended up having two stalls, as the (revisionist) ‘Communist Party of Britain’ – the sole organisation irritated by our presence – twice tried to disrupt the work of our contingent:

In the first instance they attempted to steal our literature after asking one of us to find some organisers (who were nowhere to be found), and later they stole our table AND literature while we accompanied an organiser who asked them to stop embarrassing themselves. On top of this they have been spreading baseless slander against our party, rather than attempting to challenge our politics.

We can only lament that these comrades of the CPB/YCL – apparently the ‘vibrant’ and forward-thinking part of their organisation, the part that represents their future – have sunk so low.

Can they have learned so little in the way of Marxism, Leninism, or working-class politics from their time in the YCL, or from their CPB comrades, that they are unable to enter into honest and open discussions with other revolutionary youth of Britain, even when participating in an international (WFDY) youth festival?

Rather than openly defending their (pro-imperialist, social chauvanist) labour party support, which is causing them to haemorrhage their remaining members to the Corbynistas, they spend their time at an international youth event trying to prevent us from participating!

What, exactly, are they afraid of? Apparently they realise only too well – in view of their political renegacy and organisational collapse – that their claim to be the “official communist movement” of Britain is as hollow as it is pityable.

The CPB has made itself irrelevant by becoming a tiny off-shoot of British ‘labour’ party social democracy, dominated by the narrowest form of bourgeois trade union politics and paralysis in the face of overwhelming and urgent political and organisational tasks facing the working-class movement.

We can only interpret the YCL/CPB delegates’ petty and contemptible behaviour as another sign of their irrevocable decline. Let them expend their puny efforts in the futile attempt to ‘black-ball’ our place in the international communist moment: they will fail. We are a growing force in Britain and our work and growth will speak for themselves.

In the end some Russian comrades who were unable to bring their literature donated their free stall to us, in a much better location.

We must thank the organisers and volunteers of the festival, and the various international communist youth organisations for their comradeship and assistance. 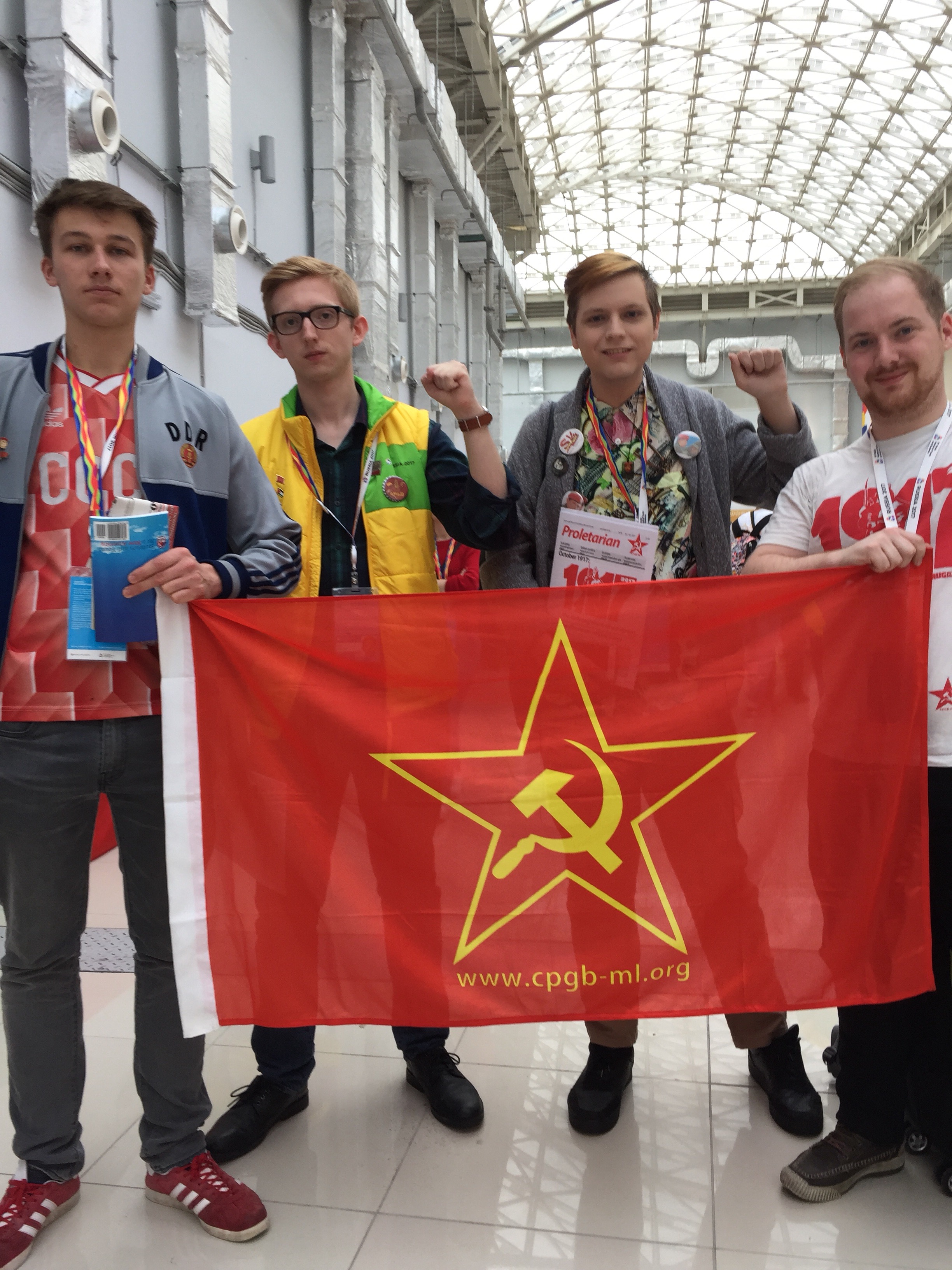