Comrade Rob Amos, from the Southwest region of the CPGB-ML, reads the moving poem ‘Soviet Man’ to comrades at the CPGB-ML’s celebration of the 98th anniversary of the Great Socialist October Revolution – held on November 7th 2015 in Saklatvala Hall, Southall.

Both the poem itself and the brief biographical sketch of the poet (Original Proletarian article: http://www.cpgb-ml.org/index.php?secName=proletarian&subName=display&art=1165) illustrate as clearly as any lecture just what the revolution meant to the working classes of the USSR – and why the Soviet Union was such a beacon to the oppressed masses all over the world.

Vadim Konstantinovich Strelchenko was born in Kherson (southern Ukraine) in 1912. His father was a clerk, his mother a nurse. Soon after he was born, the Strelchenko family moved to Odessa (Black Sea port in southern Ukraine), where, after finishing seven-year (primary) school, Vadim entered a vocational school. Later, he worked in a factory as a metal worker.

Strelchenko published his first poem in the Odessa magazine Shkval (Squall) in 1929, and afterwards the budding poet’s verse was often printed in Odessa periodicals. After reading Strelchenko’s poems in 1931, the poet Edward Bagritsky gave them high marks and recommended that they be published in Krasnaya Nov (Red Virgin Soil), a major literary magazine printed at the time in Moscow.

In 1936, Vadim moved to Moscow and took up literature seriously. For a time, he studied at the Gorky Literary Institute, but soon dropped out.

His first book of verse, Poems of a Comrade, was published in 1937, and his second, My Photograph, which included the long poem Valentin, came out in 1941. During the war, many of Strelchenko’s poems were lost, and were therefore never published.

Despite his bad eyesight, which had exempted him from military service, as soon as the war broke out, Vadim joined the People’s Volunteer Corps and took part in many battles. He was killed in action near Vyazma (west of Moscow) in 1942.

At the front of his first published collection was a poem called Native Land, written in 1935, which ended with the prophetic words:

Earth’s singer, I earned my living,
Not by writing verses and ilk,
And in battle
I won’t be killed by a word –
This I swear by my mother’s milk.
May I march with a merry swing to the end,
For liars and misers a foe, not a friend,
Singing apples, round as a ball!
While the Flag with its red wing will defend
My life like a thick strong wall.

Recollecting the young poet, editor Alexei Surkov, himself a poet and a veteran of the Great Patriotic War, wrote: “He had come to us in Moscow from Odessa – a tall, big-boned, cheerful working lad. We were impressed by his striking appearance and by his original and talented verses, full of the turbulent joy of life. And we, the poets of that time, never doubted that Vadim would mature into one of the most interesting and powerful of all the worker-poets known to us at that time.

“Then came the war: this poet and lover of life joined the defenders of his country and he was cut off in his prime. Those were times when the flimsy red fabric of a flag was inadequate to shield the brave heart of the lyric poet.” 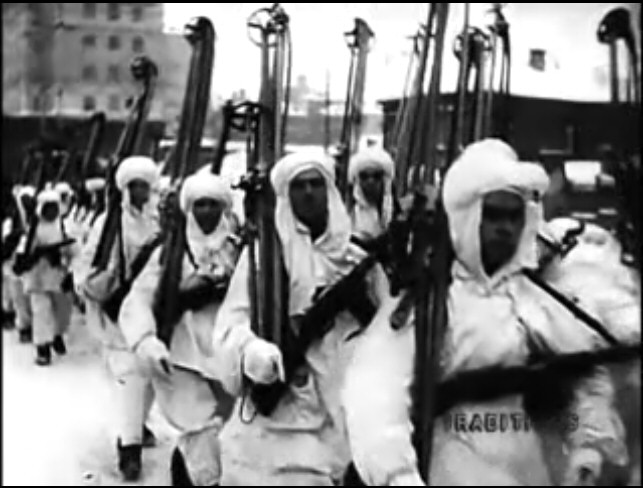 Is this a man I know? We’ve met before,
We’ve stood together at the tram-car’s door,
And by the loudspeaker out in the street.
It may be youth or age his looks attest,
In civvies or a soldier’s greatcoat dressed,
Too rushed for time he is acquaintances to greet.

We wait for the morning paper, he and I:
And how’s Madrid?
Any more raids today?
The Chinese? Got to Shanghai yet?
Has that
Poltava crèche started to admit?
(Oh, he’s a family man and literate –
He never misses a bit of news, I bet!)

And everywhere you go, he’s there again –
He’s going to Turkmenia by train,
He’s flying northward to the polar floes;
There, while the sea breaks underneath the ice,
He makes tea on a primus, cooks and fries,
Ready for work, no matter where he goes.

And always, everywhere, he feels at home,
‘Neath burning sun, in the freezing Arctic night,
He does his bit wherever he may roam,
Wherever he may be, he kindles light …

He works on blueprints, ploughs and sows and reaps.
What songs he sings! About the far-off sea,
Of caravans and ships, or samovar tea,
Or planes. He sits on city councils too.

He sings in choirs and plays a concert grand,
He smiles from photos printed through the land;
A stranger, yet he seems well known to you. 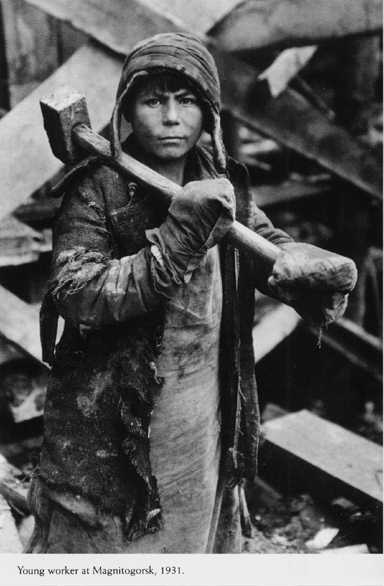 Married, a bachelor, middling, thin or fat,
Born forty, thirty, twenty years before,
In Minsk, Odessa, Kharkov, Leningrad.
Look! There he goes in cities small and big
Wearing a labour badge or lilac sprig,
Upon his breast; to meet you always glad.

He loves the crowded, teeming, bustling squares,
A glass of wine with friends he gaily shares –
He’s a social fellow, citizen of our land …
Whether he looks at me from the printed page,
Or from my mirror –
No matter what’s his age,
I’ve known him from my youth – this Soviet man!