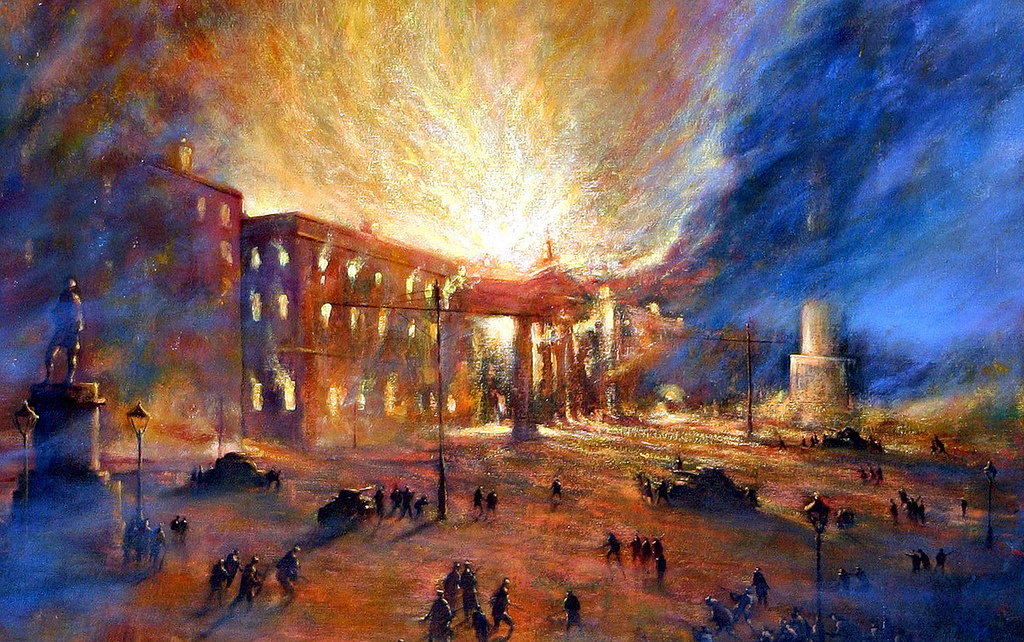 Gerry MacLochlainn, prominent Irish Republican, relates the significance of the 1916 Easter uprising, in Dublin, Ireland, that was a pivotal moment in the struggle of the Irish people for independence from British imperialism.

Speaking in Saklatvala Hall, Southall, at a meeting of the CPGB-ML to celebrate the 99th anniversary of the October Revolution, Gerry says that both the Great October 1917 Russian Revolution – which marks its centenary this year – and the 1916 Easter Uprising in Ireland, were part of the same great world-wide anti-imperialist struggle to free the working peoples of all countries from the pernicious grip of imperialism.

“The October Revolution and the Easter Rising were two of the most seismic events in humanity’s struggle for liberation.”

Both Easter 1916 and October 1917, he says, came as a result of the great upswing in the socialist movement in the preceding years, and the heightened inter-imperialist contradictions that led to the charnel house of WW1 – in which some 40 million working men were slaughtered, so that the imperialist nations could decide who was to have the greatest share of the super-profits that came from the exploitation of labour power and domination of the world’s territory and economy. 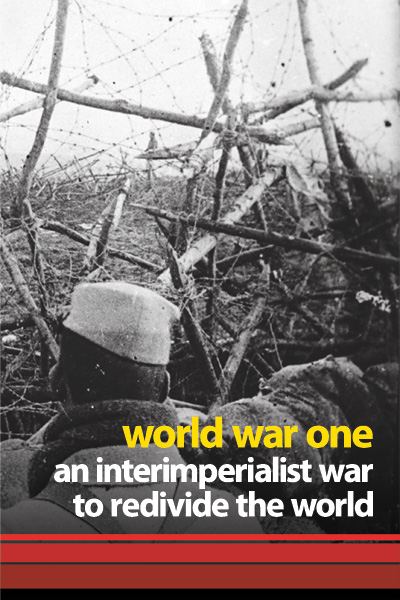 “Connolly, like Lenin, was one of only a handful of socialist leaders who stood firm to the pre-war position that socialists must oppose imperialist war and turn it into a civil war for socialism. The Irish Citizen Army was Europe’s first red army.”

Easter 1916, although suppressed by the British, electrified the Irish nation and brought a new phase in the liberation struggle, even though that itself ultimately resulted in Irish partition, and the struggle of Ireland to free itself from British domination remains incomplete. 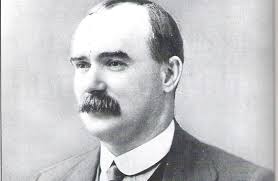 “Connolly warned that partition would lead to a carnival of reaction on both sides of the border. We have had to live with the consequences of that ever since. I grew up under a vicious sectarian regime in the North. I wanted to be a schoolteacher. Instead I had to fight.”

“We are still in struggle although it has changed its form. Ireland has the right to independence and Britain had never had any right to any part of Ireland.”

Gerry thanked the comrades assembled for standing by the republican struggle, and told them how even when he was a prisoner of war in British Gaols, he knew there were British workers who stood with them, despite the hysterical pitch of the anti-Irish, and anti Irish republican propaganda. Generations of liberation fighters have found themselves passing through Brixton Prison.

Gerry talked fondly of the great history of internationalist solidarity between the Irish liberation fighters through the ages and other liberation struggles, and the inspiration he drew from the US civil rights struggle, the Vietnamese peoples’s anti-colonial and anti-imperialist struggle for liberation, the anti-colonial fighters in India, Palestine and elsewhere.

It was the IRA, for example, who supplied Indian martyr Shaheed Udham Singh, with the pistol to shoot dead British General ‘Sir’ Michael O’Dwyer, who in 1919 ordered the Jallianwallah Bagh massacre, killing 2,000 Indian civilians to send the message that ‘Britain would never quit India.”

Above all, it is internationalism that is key to the emancipation of working class from capitalist slavery, he says and ended his speech, as he begun it, quoting James Connolly’s message, that starts with an exposure of the economy of imperialism, that impoverished the colonial masses for the enrichment of the privileged few, and ends with a ringing call for revolutionary action:

“Let it be remembered that there is no natural scarcity of food in Ireland. Ireland is an agricultural country, and can normally feed all her people under any sane system of things. But prices are going up in England and hence there will be an immense demand for Irish produce. To meet that demand all nerves will be strained on this side, the food that ought to feed the people of Ireland will be sent out of Ireland in greater quantities than ever and famine prices will come in Ireland to be immediately followed by famine itself. Ireland will starve, or rather the townspeople of Ireland will starve, that the British army and navy and jingoes may be fed.

“Remember, the Irish farmer like all other farmers will benefit by the high prices of the war, but these high prices will mean starvation to the labourers in the towns. But without these labourers the farmers’ produce cannot leave Ireland without the help of a garrison that England cannot now spare. We must consider at once whether it will not be our duty to refuse to allow agricultural produce to leave Ireland until provision is made for the Irish working class.

“Let us not shrink from the consequences. This may mean more than a transport strike, it may mean armed battling in the streets to keep in this country the food for our people. But whatever it may mean it must not be shrunk from. It is the immediately feasible policy of the working-class democracy, the answer to all the weaklings who in this crisis of our country’s history stand helpless and bewildered crying for guidance, when they are not hastening to betray her.