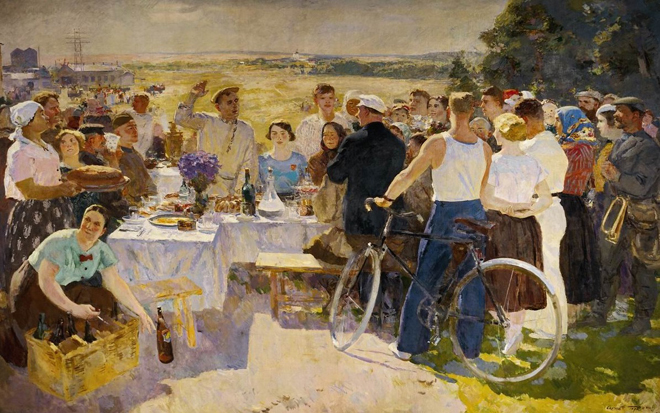 An exhibition of art in the Berlin Gropius Bau Museum has led to two reviews in the Western media. One in the New York Times (NYT) and the other in the Forbes Magazine (FM). The exhibition is based on the theme ‘cool and cold’ and includes artworks from the cold war period both western and Soviet. We are sure that the reader has already worked out where the organisers are going with this, Western art = cool and Soviet art = cold.

The narrative of the exhibition is fairly easy to read as is that of the two reviews; that Western artforms are bold and colourful, inspiring and challenging while drab and dreary Soviet art in the officially dictated style of Socialist realism has nothing to say because the artists were not free to express themselves, at least not until the latter days of the Soviet Union when brave underground artists dared to paint in the Western styles of Pop art, abstract expressionism, etc! END_OF_DOCUMENT_TOKEN_TO_BE_REPLACED