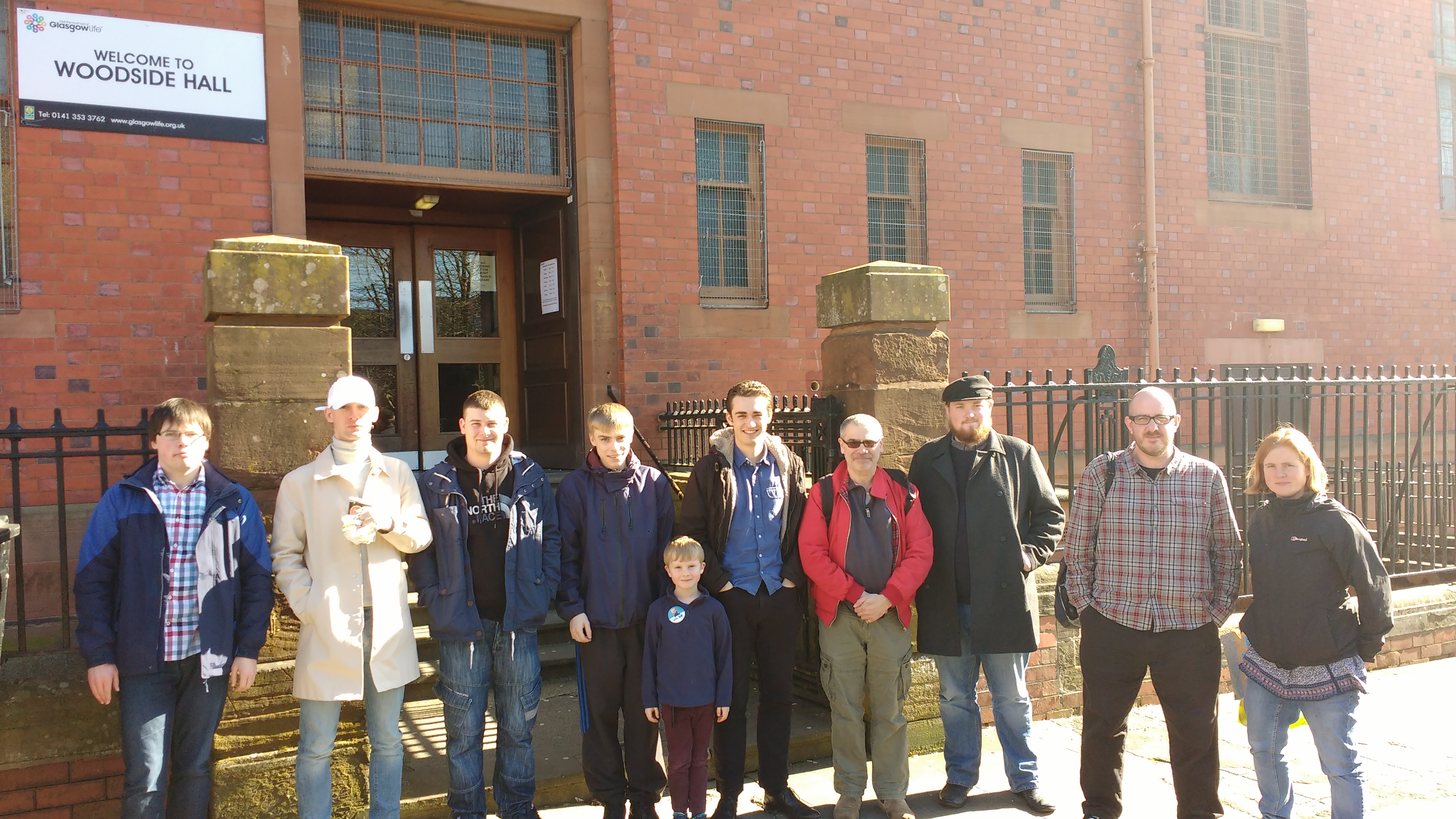 Comrades representing the Glasgow and Aberdeen branches of the CPGB-ML were in attendance for the induction of new candidate members into the Party in Scotland this weekend. All comrades were active red youth and are typical representatives of the new generation of young workers entering the Marxist-Leninist movement today. A couple of comrades had never been politically active previously, whilst others had tried to be active in the Communist Party of Britain or had left the SWP.

All those who wish to enter the ranks of the CPGB-ML as candidates must display a higher level of commitment to the Party than friends or Supporters. The working class does not need another Party purporting to be communist which is full to the brim of well-meaning but inactive stay-at-homers. All the comrades inducted in Scotland this weekend are regular attendees at political education classes which take place weekly and all are in agreement with and committed to the Party Programme, ensuring the highest level of unity in our ranks. After a day of political discussion the comrades heard about the priorities for the national mobilisations of CPGB-ML groups over the coming months. The Central Committee urged all new candidate members to organise with their branches participation at this years May 1st rally in London and the need to reserve tickets for the October Revolution celebration which is being hosted on Saturday 4 November.

END_OF_DOCUMENT_TOKEN_TO_BE_REPLACED

You can check out more from our May Day contingent in London at our YouTube, including this footage of the demo:

END_OF_DOCUMENT_TOKEN_TO_BE_REPLACED

Having republished J. V. Stalin’s classic pamphlet Foundations of Leninism the CPGB-ML has organised a print run of The History of the CPSU(b) – Short Course. These books are now on sale via the party ebay account. Candidate and full-members of the CPGB-ML and Red Youth are requested to order their copies through sales@cpgb-ml.org where they will be due a discount. All others who wish to purchase the books may do so via ebay. Prices:

Copies will also be on sale from the CPGB-ML contingent at this years May Day demonstration which assembles in Clerkenwell, London at 12noon. Check out http://www.londonmayday.org/ for more details. And comrades can also pick up a copy from the party school on May 2nd in Southall.

END_OF_DOCUMENT_TOKEN_TO_BE_REPLACED

CPGB-ML and Red Youth comrades participated in some of the May Day celebrations which were held around the country during the May bank holiday. In Chesterfield comrades distributed copies of We Want Freedom and Who Stole our Future and spoke to many working people about the role played by the Labour Party in retarding our fight back against the savage programme of cuts and austerity which are being inflicted upon the workers by the Tory and LibDem millionaires. In Manchester comrades made the same points to Labour Party supporters and those misguided comrades from the revisionist club. Opening the eyes of those in the labour movement to the stark reality of the role played by social democracy is much harder than explaining the same thing to the masses. Comrades from the RCG were on hand to help hammer home the message and a more revolutionary May Day atmosphere prevailed! CPGB-ML comrades assembled in Clerkenwell to take part in this years May Day celebrations. On this day, millions across the world have taken to the streets ever since 1889, when the first congress of the Second International declared 1 May as International Workers’ Day. This day was initially chosen to honour the American workers’ triumphant strike for the eight-hour day on 1 May 1886 and as a homage to those gunned down by the Chicago police as well as their leaders – Albert Parsons, August Spiers, Adolph Fischer, George Engel, Michael Schwab, Samuel Fielden and Louis Lingg – who were condemned to death for their leadership of the strike and declared “guilty of murder” (policemen also died when they attacked the assembled protesters in Haymarket Square). One hundred and twenty years later, the echo of Spiers’ words from the gallows must continue to remind us of our strength: “There will be a time when our silence will be more powerful than the voices you strangle today.”

The strength and power of the working-class movement has been demonstrated all over the globe ever since. May Day has become an occasion when we celebrate our achievements, express international solidarity and reaffirm that socialism is the way forward for humanity. With the establishment of socialism in the USSR and its historic victory over Nazi fascism, millions of toiling people have been inspired to fight for a better life.

From the storming of the Winter Palace in 1917 to the victorious end of the anti-fascist war, when the red flag was raised on the Reichstag in Berlin in 1945, the flying of the red flag with its hammer and sickle has been indelibly linked to the achievements of our movement and is a symbol of progressive humanity. Whereas internationally, from east to west, from Asia to South America, red flags have dominated May Day, in the imperialist heartlands, far fewer are seen, as our historic day has been hijacked as a ‘spring holiday’ and drained of all revolutionary fervour by the dominance of the social-democratic leadership. It is time that socialists in Britain reclaimed the day, increased our symbolic use of the hammer and sickle, proudly declared our communist ideals and explained that communism is still the only way forward for humanity.