Comrade Paul, from Bristol Ukraine Anti-Fascist Solidarity (BUAFS) and the SW region of the party delivers a message to the CPGB-ML’s celebration of the 98th anniversary of the Great Socialist October Revolution – held on November 7th 2015 in Saklatvala Hall, Southall.

BUAFS hold a weekly picket outside the BBC in Bristol to protest the corporate media white-washing of the fascist forces, and their demonisation of the heroic antifascist forces of the Donetsk and Lugansk in Eastern Ukraine.

Add your voice and join them! http://www.cpgb-ml.org/index.php?secName=events 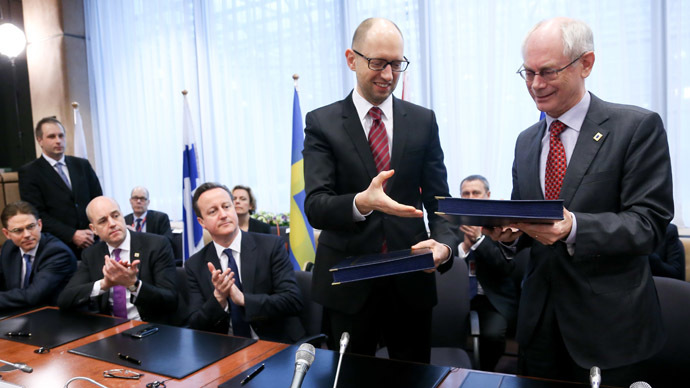 It is the US, Britain and EU who have installed an illegal and illegitimate quisling fascist regime in Kiev, which is waging a most bloody and horrific war on the progressive people, particularly in the eastern republics, but also on the people of western Ukraine.

Scene of devestation at Maidan, Kiev, by which western imperialism staged its bloody fascist coup and installed its quisling puppet administration

The quisling regime of Arseniy Yatsenyuk, for example, gave orders for the police to aid and abet ‘Right Sector’ and ‘Svoboda’ fascist hooligan scum in the act of burning to death 150 peaceful anti-fascist protestors in a trade-union building in which they had taken refuge, in the town of Odessa, on 2 May 2014.

Scene of the Odessa Massacre on 2 May 2014, with Yatsenyuk’s police force aiding and abetting the fascist hooligans’ crimes

This outrageous massacre, was talked down by western media and politicians, from Cameron and Merckel to Obama and Kerry. 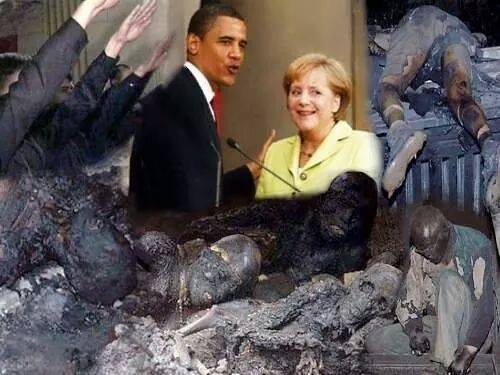 Obama and Merkel talked down the Odessa massacre, giving support to its Fascist perpetrators, in their bid to take Ukraine

Odessa, moreover, is famous for its heroic antifascist resistance and was the scene of at least three major battles in world war two – the Great Patriotic War, as it is known to the Soviets and Russians – in which the Red Army ultimately vanquished Nazi Germany.

And yet it is precisely the remnants of and political heirs of the Banderite fascist scum who are now allowed to perpetrate these atrocities with impunity by western politicians and media, such is the imperialsits’ frenzied desire to gain control of Ukraine’s lucrative markets, industrial enterprise and mineral reserves, and surround and isolate Russia in their ongoing megalomaniacal campaign of global domination.

But in staging this regime change and fascist provocation, on the borders of Russia, and within the boundaries of the former USSR, our imperialist masters are playing with fire. 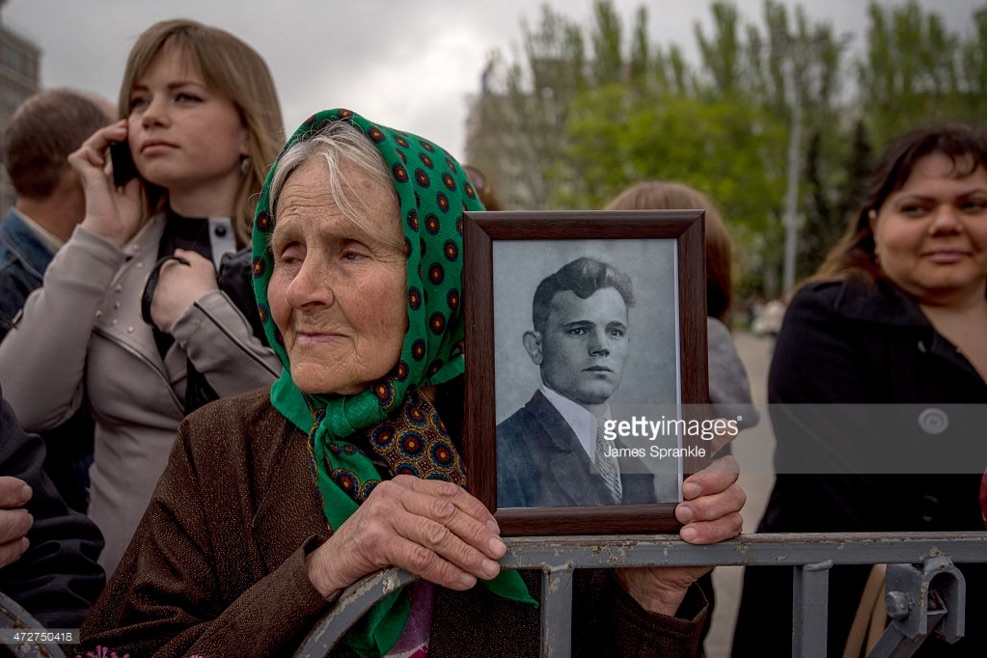 Ukrainian woman holds picture of her father, WW2 anti-fascist veteran, at the 70th anniversary Victory celebrations in Donetsk, May 9th 2015

For the pro-Soviet and anti-fascist sentiments of Ukrainians, and all the Ex-Soviet and progressive peoples of the world have been rekindled.

The eastern regions of Donetsk and Lugansk have declared independence from the Kiev puppet Fascist government, and are fighting a heroic and victorious battle of self-defence, against the demoralised Ukrainian army, who have now been reorganised to incorporate the bloodthirsty fascist Banderite militias, who do not baulk at massacring defenceless opponents, notably including trade-unionists, women and children. 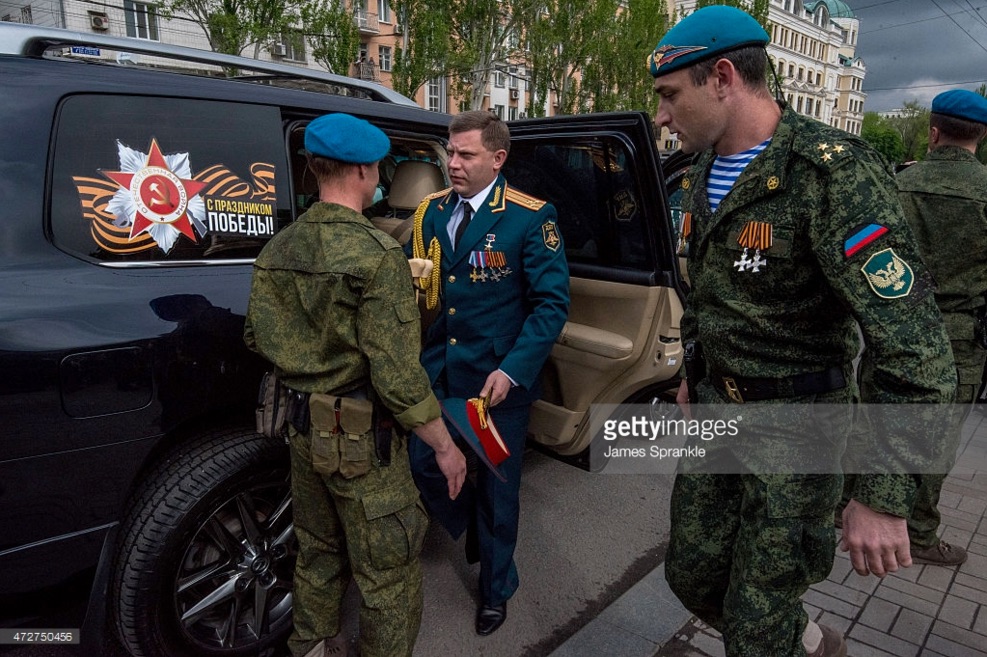 Alexander Zacharchenko, leader of Peoples’ Republic of Donetsk. May 9th 2015

It is the most urgent task of Britain’s anti-war movement to proclaim their solidarity with these anti-fascist forces, yet our ‘Stop the war leadership’ refuse to do so, because of the deep anti-communist, anti-Soviet sentiments of their trotskyite leadership, and their insistence on equating US and EU imperialism with the anti-imperialist forces opposing them, and backing the anti-fascists – particularly Russia. 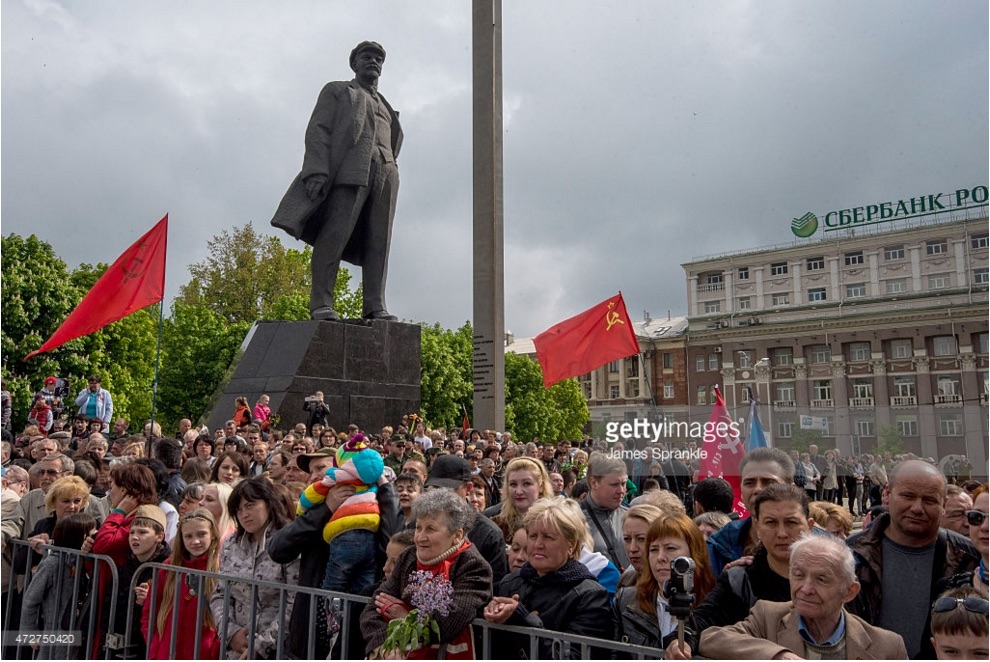 In this, they repeat the same errors as in their approach to Syria, where they have consistently failed to organise effective action against British intervention and destabilisation, resulting in hundreds of thousands of deaths and millions of injuries and refugees. 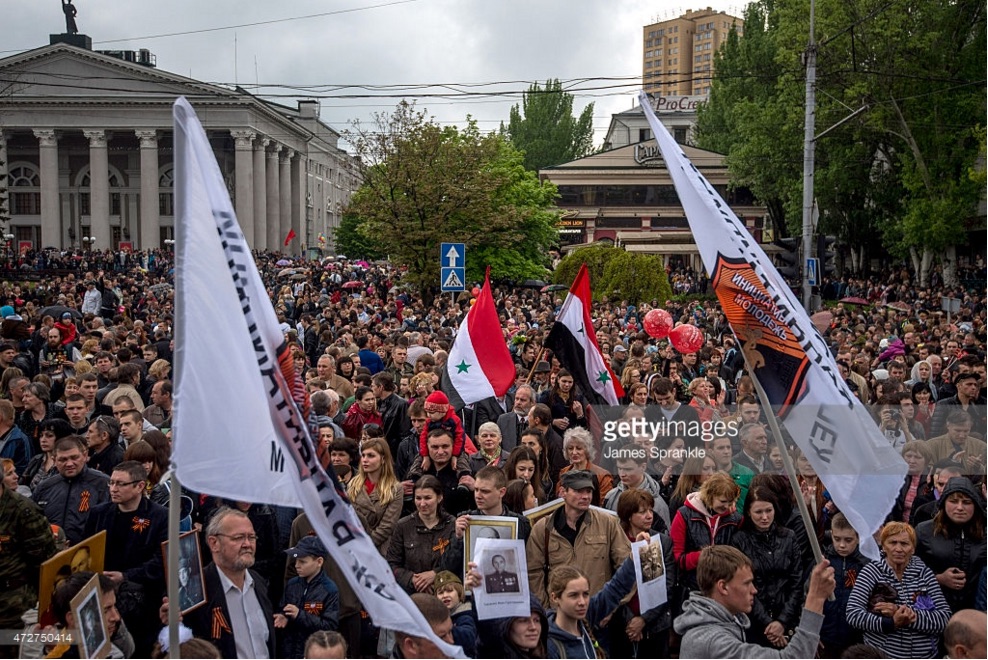 All this suffering has not been opposed by our hand-wringing liberals, because they refuse ‘on principle’ (what lofty and noble principles!) to stand with the main progressive forces opposing the Jihadist proxies of western imperialism – the President, Dr Assad, heading the democratic and popular coalition government of Syria, its Syrian Arab Army and their invited backers in the Russian military.

Truly, where the trots are concerned, the traditions of the past cliffite generations weigh like a nightmare on the brains of the present counterfire and SWP rump.