On May Day of the 100th anniversary of the 1916 Easter Uprising, Comrade Joti of the CPGB-ML speaks about the Irish people’s long struggle for national liberation from British rule, which was inspired by the uprising and its leaders – James Connolly, Tom Clarke, Padraig Pearse, and their comrades.

Marx and Engels concluded that Britain would never be free – that is would be incapable of social revolution; of workers freeing themselves of their ruling imperialist capitalist class – until Ireland, her oldest colony, won its liberation.

Lenin, in turn, praised the Easter uprising of 1916 as a great revolutionary struggle, going so far as to name her citizen army as being ‘Europe’s first Red Army.’ 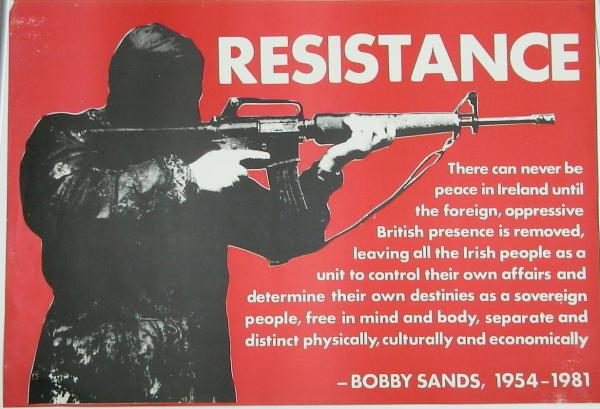 The dual policy of the ballot and the bullet has won graet advances for the Irish people, but until their nation is fully liberated, and British imperialism is weakened by the successful anti-colonial struggles of all peoples subjected to her domination, the British workers will remain the dupes of their rulers.

We in Red Youth and the CPGB-ML are working to build a new revolutionary culture and movement among workers in Britain. We seek a world in which working men and women stand on their own feet, contributing what they can to society and receiving in return all they need to live decent and productive lives.

We will establish equal relations of mutual respect with peoples of all lands; where real international solidarity is built upon relations of mutual support and cooperation, and racism and sexism are dim and distant memories. We shall end the ‘interdependence of the robber and the robbed’, that is the stock in trade of Anglo-American imperialism.

For these reasons, we firmly support the republican and national liberation struggle of the Irish people. Their victory is ours. Their independence brings us one step closer to our own social emancipation. British workers have nothing to gain from the subjection of other peoples and nations to the rule of our exploiters. We have everything to gain from their liberation.

The British parasitic monopoly capitalist class is our common enemy.

WORLD WAR I – 100th Anniversary: Time for the Truth

World War One: An Interimperialist War to Redivide the World

Maduro “ready to radicalise the revolution”
Scroll to top