Over a period of five months preparations were made for the 8th Congress of the CPGB-ML. Branches, study circles and regional groups began to undertake the official preparatory work in June and delegates who were entitled to full rights were registered in accordance with the party rules. It was with pride that Red Youth had a number of voting delegates at the Congress, full party members in their own right as well as a number of qualifying candidates who were permitted to attend without vote.

Our red youth were in the forefront in many of the debates on issues directly affecting British youth; housing, education, identity politics, racism and employment rights. Young trade unionists spoke of work they were involved in to reach out to workers in the ‘gig economy’ whilst others spoke about the plight of young unemployed workers, the struggle to get affordable housing, the pernicious influences of identity politics, and the right to education. Motions which were passed will be published alongside select speeches and contributions in the party press in due course. Our red youth acquitted themselves ably in the discussions and demonstrated a high degree of willingness to master the science of Marxism-Leninism during debates on proletarian culture, identity politics, philosophy and economics.

At the close of our Congress many delegates were returning to their regions with plans for improving their local work especially amongst young workers. One delegate has left his employment voluntarily to take up an opportunity organised by the party to undertake significant solidarity work with Korean workers. Our comrade caught a flight to Seoul where he spends this month in solidarity work jointly with the PDP, struggling against imperialism and for the reunification of Korea in meaningful solidarity work, speaking at meetings of workers and taking part in demonstrations against the US military presence in south Korea. A full report of his trip will be found on this site soon.

The 7th Congress of the Communist Party of Great Britain (Marxist-Leninist) was held over two days, 8-9 November in London. The Congress marked the occasion of the 97th Anniversary of the Great October Socialist Revolution with a public celebration in the evening which was addressed by the Ambassador of the DPR Korea, comrade Hyon Hak Bong, and comrade Jorge Luis Garcia from the Cuban Embassy. Joti Brar from the Proletarian editorial board spoke first and the evening finished with a rousing speech from comrade Harpal Brar.

The 7th Congress received the reports of the various party committee’s and discussed a number of significant issue’s such as rising nationalism, deepening crisis and the class composition of British society in the 21st century. Congress also endorsed a number of documents which will be made public in due course, and announced the publication of a new book on the history of the first imperialist World War. Congress noted the continuing growth and development of our party nationally, pledged to continue to support and promote our youth and cadres in their ongoing ideological development, and recognised the leading role young communists play in the leadership of our Party.

The 7th Congress was attended by many working class red youth’s, all of whom are active members of the party and youth section and many of which lead our party branches and organisations in their various cities and regions. All the comrades demonstrated their commitment to the Party, their class and the ideology of Marxism Leninism.

Here’s some photo’s for those comrades who were unable to attend (we missed you greatly) taken during the speeches, contributions and discussion and a couple from the evening celebration. Red Youth has pledged to continue the work in the regions, to build up the party branches and ensure we are able to hold even more Marxist Leninist educational classes, discussion groups, public meetings and events in all corners of Britain in 2015! 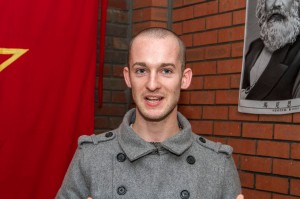 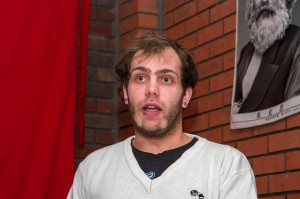 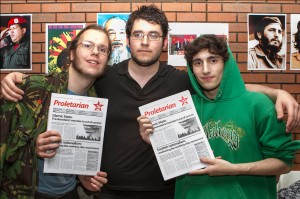 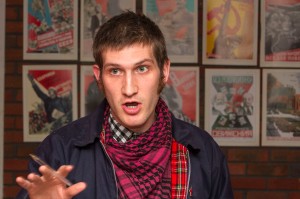